At dawn on the morning of January 8, 1815, a diverse force of soldiers, sailors, and militia, including Indians and African Americans, defeated Britain’s finest white and black troops drawn from Europe and the West Indies in a battle that determined the course of Louisiana and American history.

For all the history buffs, you can experience this once in a lifetime series of living history events and relax at the Grand Victorian after your day of battles.

More than 1,000 re-enactors are expected to commemorate America’s victory over the British in this final major battle of the War of 1812. One of the most amazing things about the Battle of New Orleans is the amount of different people and military groups from different races, social classes, languages, and backgrounds who came together to protect their country and their way of life. 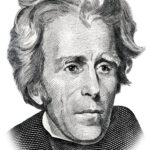 Some of the events of the Bicentennial Battle of New Orleans include:

Join us in the our Garden District bed and breakfast, a short drive from the battles of 200 years ago.  Rooms are still available for your exciting, informative and completely unique stay in New Orleans.

This entry was posted on Monday, December 15th, 2014 at 4:54 pm and is filed under News from New Orleans. You can follow any responses to this entry through the RSS 2.0 feed. Both comments and pings are currently closed.