On any day of the year in New Orleans, there’s more to do than any person can accomplish. Something to see – something to celebrate! With the Christmas and New Year’s holidays almost upon us, NOLA celebrates the holidays in a style all its own. For our guests coming to stay with us, here are some of the more popular events to help you plan your itinerary, though there are many more. 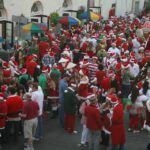 One of New Orleans’ most unique events is the “Running of the Santas” which will take place December 9, 2017 and is held in the Warehouse District. Attendees are encouraged to dress like Santa. All throughout the Warehouse District, drink specials are offered. There’s even a costume contest!

Visiting City Park is often at the top of the list any time of year for both for visitors and locals alike, but during the holidays, it is one of the most popular places to enjoy the holiday spirit. “Celebration in the Oaks” in City Park is one of New Orleans’ most beloved holiday events. Live oak trees, centuries old, are trimmed with hundreds of thousands of twinkling lights and create a wonderland like no other. The lighting display runs until early January. 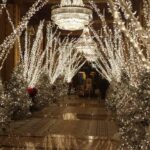 A visit to New Orleans during the holidays just wouldn’t be complete without seeing the “Lobby Lighting at the Roosevelt Hotel”. This is one of the most popular places to experience a Christmas wonderland. Be sure to bring your camera!

Jackson Square is the location for “Caroling in Jackson Square” by candlelight on December 17, 2017. The joyous sounds of Christmas sung in front of St. Louis Cathedral is a truly inspirational event. 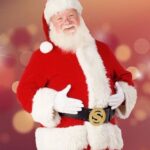 The Fulton Street Mall is the scene of “Miracle on Fulton Street”, one of the city’s most popular outdoor lighting displays. This is a one block long pedestrian-only display decorated with Christmas trees, lights, mistletoe and ornaments. Music, both live and recorded, fills the air and it may be the only place in New Orleans where artificial snow falls occasionally. Santa is there for the kids. 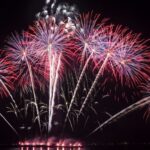 Head to Jackson Square for “Dick Clark’s New Years’ Rockin’ Eve and Jackson Square Celebrations” in the hours leading up to midnight for live music, and  Symphony in the Sky, a spectacular fireworks show.

For a family-friendly New Years’ celebration, make your way to “Zoo Year’s Eve” at Audubon Zoo from 10:30 am. to 12:30 pm. The event features music, games, prizes and a countdown to Noon!

It’s New Orleans – there has to be a parade somewhere! Yes, there is – the Allstate Sugar Bowl New Year’s Eve Parade at the intersection of Elysian Fields Avenue and Decatur Street at 3:30 pm on New Year’s Eve. Mardi Gras-style floats, bands and more. The parade will pass through the French Quarter and wrap up at Canal Street.

The Allstate Sugar Bowl, played at the Superdome in New Orleans on January 1, 2018, will host the Alabama Crimson Tide and Clemson Tigers. This is the playoff game that leads to the title game for the college National Champions of 2017. No tickets for the game? You can still enjoy the fun at the Fan Jam tailgating party at the Dome, beginning 3 hours before kickoff. 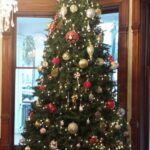 If you have not already booked your room at Grand Victorian Bed and Breakfast, book now and enjoy the magic of Holidays in NOLA.

This entry was posted on Tuesday, December 5th, 2017 at 1:14 pm and is filed under Area Events, New Orleans Christmas. You can follow any responses to this entry through the RSS 2.0 feed. Both comments and pings are currently closed.