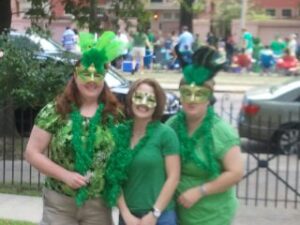 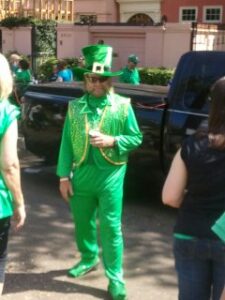 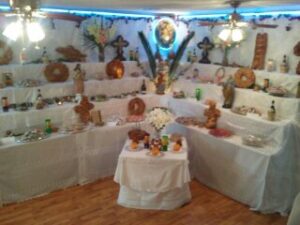 New Orleans Has the I’s of March

Not too long after the last bead has fallen from the trees (just kidding, they stay there year round), the streets heat up again with the beat of drums and marching feet. More celebrations and parades await the rested reveler in the city that celebrates. 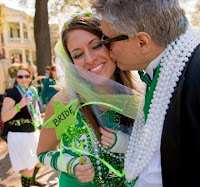 The St. Patrick’s Day parades and parties feature walking groups from various clubs in the city dress in costumes of green give out flowers, beads, and kisses to lucky parade goers along the route. Floats throw beads plus the more infamous cabbages, carrots, onions…and moonpies! (You may even see a potato or two in the air!)

(passes directly in front of the Grand Victorian) 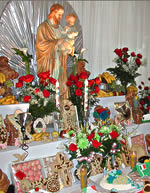 March 19th marks the Catholic celebration of St. Joseph’s Day where New Orleanians construct elaborate altars in honor of this saint. The tradition, commemorating the relief St. Joseph provided during a famine in Sicily, began in the late 1800’s when Sicilian immigrants settled in New Orleans. The American Italian Marching club hosts the annual St. Joseph’s day parade in the French Quarter is a local favorite with marchers dressed in black tuxedos proceeding to parade until dark. 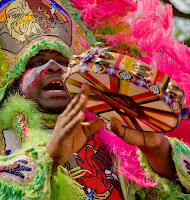 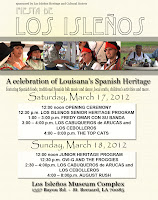 Islenos, or Canary Islanders, were recruited Spanish colonists from the Canary Islands that arrived in St. Bernard Parish between 1778 and 1783. Their annual heritage celebration occurs March 17-18 featuring traditional Spanish food and folk music.

You’ll get a front porch view of the St. Patrick’s Day parade from the Grand Victorian Bed and Breakfast, and you’re a streetcar away from the French Quarter and Super Sunday events. Book your weekend now

Missing out on all of the Mardi Gras parades? Get a taste of the excitement going on now in New Orleans during the Irish Channel Parade. Hosted by the Irish Channel St. Patrick’s Day Club, this parade captures the essence of festival and celebration in New Orleans. As the parade travels along Jackson Avenue, in front of the Grand Victorian along the famous St. Charles Avenue, Louisiana Avenue, and finally, Magazine Street, tourists and locals flock along the sidewalks to view the floats and catch flying beads.

This year the Irish Channel St. Patrick’s Day Club will be honoring the New Orleans Saints for their win at Super Bowl XLIV with a medallion. The fun begins on March 12, 2011 at noon for Mass at St. Mary’s Assumption Church. The parade follows at 1:00pm.

The fifth oldest St. Patrick’s Day parade honoring the Irish heritage, this tradition began in New Orleans in 1809. Historically, New Orleans was the largest entry port for Irish immigrants in the south and has maintained a large population of Irish heritage. The only St. Patrick’s parade in the country that tosses beads, viewers have also been known to catch onions, carrots, cabbages, potatoes, and other ingredients for cooking up Irish stew. And don’t forget to wear green unless you want to get pinched all day long!

This entry was posted in News from New Orleans and tagged St. Patrick's Day. Bookmark the permalink.