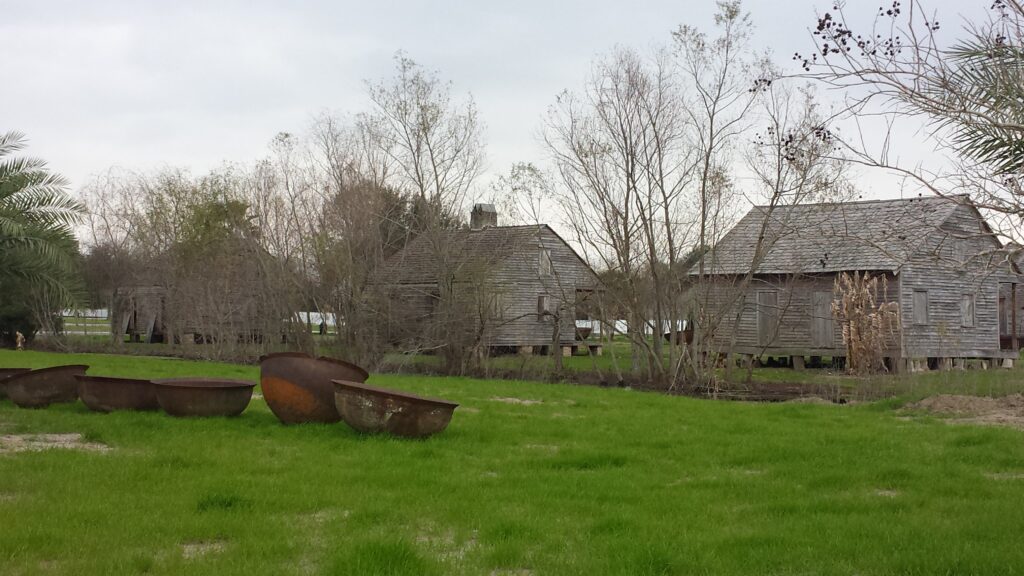 If historic plantation visits are on your New Orleans side trip agenda, there is something new and different for you to experience in plantation country.  Grand Victorian Innkeeper Bonnie Rabe recently toured the newly opened plantation home that is America’s first and only slavery museum.

I am always interested when a new historic site gets restored and opens to the public. I had met the owner at a Louisiana tourism meeting  and I was especially interested in the focus of this one because it was more than just an historic house tour. To my knowledge, there has never been such a museum dedicated to slavery.

Whitney Plantation is located about 45 minutes west of New Orleans along the Mississippi River.  Originally built by German Ambroise Heidel, it produced indigo briefly, then primarily sugarcane.  Named for the  grandson of a later owner, the Whitney Plantation used over 100 slaves at any given time.

One of the finest lasting examples of Spanish Creole architecture, the plantation house was deemed one of the most important properties on the Mississippi River.  In 1999 the Cummings Family saved it from demolition by purchasing it from a nearby chemical company.

You can view the home and its very unique distinction of having original decorative wall paintings on both exterior and  interior walls.

However, most of the tour is focused on bringing to life the experiences of the enslaved people of Louisiana through authentic oral histories of over 4,000 slaves taken in 1930s.

Statues of enslaved children in the Antioch church

Exhibits and memorials about slavery were created with artists, scholars and researchers over the past 10+ years and include

The property itself was beautiful. But when I left the museum, I had a whole new perspective of this part of our nation’s history. We all learned about slavery, but I never had the opportunity to read actual quotes about their everyday life on an average plantation in the South. Nor had I any idea as to the scope of the numbers of people involved in one small area of Louisiana over those years. Everything here is very well documented and well done. A must-see attraction along the Louisiana River Road!

Tours are offered hourly from 10:00am to 3:00pm, daily except for Tuesdays.

Drive back along the winding Mississippi River and stay with us at the Grand Victorian.  You’ll enjoy the comfort of the modern conveniences after a day of drifting around the past.

This entry was posted on Monday, February 9th, 2015 at 5:57 pm and is filed under News from New Orleans, Travel Tips. You can follow any responses to this entry through the RSS 2.0 feed. Both comments and pings are currently closed.